What to do over the summer in Nottingham?

Who better to guide you than Notts student staff member, Matt… 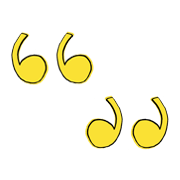 If you’re a student and you find yourself in Nottingham over the summer, you might ask yourself “why am I here? why can’t I go to uni somewhere cool like London ?”. Don’t despair, give this a little read and maybe you’ll find yourself having the time of your life this summer.

I am a student, I am from Nottingham, maybe that gives me some authority on this subject, maybe not, I guess we’ll find out. After studying Music Production for a year at Leeds, I’ve started to appreciate Nottingham a lot more, it definitely is a unique city and has a lot to offer. Even though Leeds is a bigger city and has a larger student population, Nottingham still beats it (and many other UK cities) in a lot of ways. I’ll start off with a short list of good things Nottingham has to offer over the summer.

Splendour Festival is a nice little festival held in Wollaton Park, just half an hour on a bus from the city centre. It is host to some big name acts such as Paloma Faith, The Charlatans, Peace, and many more. The festival is also a great opportunity to sample the Nottingham music scene and see some local acts. There’s also food and drink stalls, as well as a variety of other activities, including a funfair, kids play area, workshops, art, and more.

Wollaton Hall is actually a good time all the time. It’s got deer, it’s got a botanic garden, it’s got 500 acres of diverse parkland, it’s got a lake; what more do you want?

Also, Wollaton Hall is where batman lives. The Dark Knight Rises used Wollaton Hall as Wayne Manor. I don’t know if that’s really a reason to go there but I guess it’s kind of cool?

If you can be bothered to walk half an hour in the blazing heat, you could also visit Highfields Park, just a short distance from Wollaton Hall. Here you’ll find a boating lake, more trees, as well as Lakeside Arts; I think it’s quite good here. It’s also easily accessible by tram, just a 25 minute journey from Old Market Square.

If you’re into art then perhaps you should pay a visit to the Nottingham Contemporary; it’s in the NG1 postcode so you don’t really have an excuse not to if you’re in the city. They’ve got exhibitions that are free to walk around, as well as a calendar packed full of events and talks. I’ve been here many times whilst bored in town, and enjoyed it every time. Because the gallery is completely free, you can come and go as you please, meaning that it’s perfect no matter what your schedule is.

Nottinghamshire Pride is on Saturday 28th July. There’s a big parade starting at 11am at Castle Gate which you can then follow to Broad Street, where celebrations will continue until 6pm. There’s live music, performances and speeches. This is always a fun, inclusive day to get involved with.

There’s a place in Nottingham called The National Videogame Arcade which you can visit with your friends and get upset because they’re better than you at guitar hero. If you’re a student (if you’re not a student then please get your peepers off my blog) its only £8.50 to get in. Wow, what a bargain. I’d recommend this place to anyone with a bit of time to spare. If you’re a gamer then it’s really interesting, if you’re not a gamer then I think you’ll still probably find it fun. You can play and test unreleased games and try out virtual reality stuff, which I think is fun no matter who you are.

If you’re a fan of the chemical compound  C2H5OH, that’s right, alcohol, then you could visit some of Nottingham’s finest dispensaries. There’s a lot of nice pubs in Nottingham, and one of the coolest ones is the Malt Cross. This place was built as a music hall in 1877, features stunning Victorian architecture and a beautiful glass roof. Other interesting pubs in Nottingham include Ye Olde Trip to Jerusalem, which is the oldest pub in the UK maybe (it was built in 1189 for soldiers heading off to the crusades), and is built into the foundations of Nottingham castle. There’s a pub called The Peacock, just across the road from Victoria Centre bus station, it’s the UK’s first vegan pub, they sell traditional pub classics that have been made vegan. If you want to go somewhere that has a nice outside bit, and has a lot of students, stop by Rescue Rooms, it’s alright there.

Food is something that we all have in common, everyone has to eat, so why not visit some of Nottingham’s excellent restaurants? There’s a lot of nice places to eat here, too many to be able to list them all, so here is a selection of a few good places you could go. Annie’s Burger Shack – this is where you should go, it’s an American style diner that also serves real ales, and has meat, vegetarian, and vegan options for every single burger – where else are you gonna get that? Leeds?, London?, I don’t think so matey. Never again will you have to argue with your “friends” about where to eat and whether or not there’s food there everyone wants/can eat. There’s a lot of other good food in Nottingham but I’m running out of space so you’ll just have to have a look around, It’s easy to find somewhere interesting if you just have a little stroll around the city centre.

Nottingham is a pretty cavey place, there’s a big network of over 500 sandstone caves, right under the city streets. The go to cave is probably the “City of Caves” in Broadmarsh shopping centre, they’ll take you on a tour around the caves and tell you spooky stuff about them. If you want to see some holes in the ground but would rather have the comfort of a pub just above you, why not go to the Malt Cross caves. The Malt Cross puts on events in its cave, including gin tasting and drum circles.

Nottingham is quite good for sport, it’s got the National Water Sports Centre, where you can do a variety of water-based activities such as white water rafting, rowing, and water skiing. There’s also the National Ice Centre, for ice skating and such. In West Bridgford there’s Nottingham Forest and Notts County, plus Trent Bridge, the home of Nottinghamshire County Cricket Club.

Nottingham has a host of music venues ranging in size from cosy little rooms to a massive stadium. If you want to experience some raw, real Nottingham subculture, go see a local band at JT Soar, located just by Sneinton market. This independent venue is a former fruit merchants’ and has a really homely feeling that has gigs for low prices all the time. If you’re looking for something a bit bigger, why not see if any touring bands that you like are playing at Rock City, the self-proclaimed best independent live venue and club in the UK. The floor is sticky here and it’s very loud, it’s alright apart from that though. There’s also the Bodega, which is smaller but has a fantastic variety of drinks. If you want to see some smaller scale and local stuff then it’s worth checking out the Chameleon Arts Café, the Maze and Jam Café. There’s also a record shop/bar/venue called Rough Trade – there’s one of these in New York, two in London, one in Bristol and for some reason there’s one in Nottingham. They have a lot of varied free events so I’m sure there’d be something here for everyone. 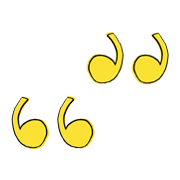 If you’re still stuck for ideas for what to do over the summer in Nottingham well I can’t really help you any more, I tried my best, sorry.